Hello, children love to sing and it helps them develop in so many ways.

Would you like to develop your understanding of singing and rhymes with the under 5s?

Yes, Please!  Then keep scrolling to read about my online training course which will be available again December 2021

Singing and Rhymes with the Under 5's Online Training Course includes: 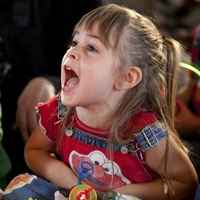 We will cover the basics of under 5’s singing.

You will be able to select songs and rhymes suitable for the children in your setting. 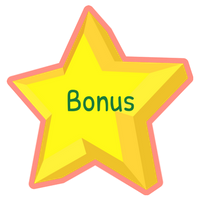 ♪  What is the pulse/beat in music? 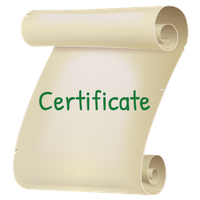 PLUS.... There is also the opportunity to:

What are people saying about the training?

How does the training work?

The training is delivered online via a website.  On signing up you will be given your own login details so that you can access the training whenever and wherever you want, 24 hours a day and 365 days a year. It could be used during PPA time or on training days.

The training is delivered through videos, workbooks and checklists.  You can download whatever you want to keep for your own use. It’s self-study, so you can do it at your own pace and you can watch the videos whenever you like, as often as you like.

'Singing and Rhymes with the Under 5s' is the First Module of Magical Music Time.  There is the opportunity to upgrade to Magical Music Time, at a reduced rate, once you have purchased the training if your wish to learn about delivering the other parts of a music time.  Or you can purchase Magical Music Time NOW at the lowest price, 50% off, until 31st December; there are more details below.

Sounds great, how do I start?

To join the Singing and Rhymes with the Under 5s Course just click on the 'Buy Now' button below.  You will then be taken to a payment page. Just fill in the form and you will be given instant access to the training.  Once you have paid you will receive an email with your login details and an email from me telling you what happens next (please check all folders including SPAM).

I look forward to helping you bring the joy of music to the children in your setting.

These are some of the questions people most frequently ask us:

Do I need to start the training now?

No, you can purchase now and then start when you are ready.

Do I need to complete the training within a set period of time?

No, you take as long as you need to complete the training.  As it is online you can re-watch videos time and time again.

Very easily! As long as you have access to the internet on a device (phone, tablet or computer) you can access the training. All the training is done on a secure website. On signing up you will be allocated a username and password.
Then, click on the link for the secure website, enter your login and password that’s it you can start your training! Super easy!

- Can I share the training with other early years colleagues?

Each training place purchased is for an individual to watch and work through. Although if you work in a nursery and one member of staff undertakes the training and then wishes to pass on the knowledge and activities to others in person that is fine. However, that person CANNOT share their login details and the training material in electronic or printed format: e.g. videos, workbooks, checklists

- Can I do the training if I run an under 5s children’s business?

Yes, the training and activity ideas you are free to use to teach young children. However, they are for your own use. They cannot be used for you to train others for financial gain.

- I’ve done your Magical Music Time training, is Singing and Rhymes the same?

Or you can purchase Magical Music NOW with 50% Off.  More details above.

DO NOT PURCHASE THIS TRAINING if you have Magical Music Time.  You already have all the information in your training.

I've done your The Singing Box training, is Singing and Rhymes the same?

No, they are two different courses.

The Singing Box is about how to get more from songs and rhymes.

Whereas 'Singing with the Under 5s' is more about the different types of singing you can do with children and their singing voices.

I'm worried about entering my payment details online, how do I know it is safe?

My website is secure as can be seen by the padlock symbol in the address bar:

All payments are done securely through Stripe; your payment details are never disclosed.

A little about me…

I started teaching music to the under 5s in 1998 as a qualified primary teacher and was also the school Music Co-ordinator.  After a break from teaching, to look after my own little people, I setup Musical abc in 2008 to teach music to the under 5s.  I have worked with many children and have gained and developed fun ways to help children explore music. I will be sharing my knowledge and experience of singing with the under 5s through this course. 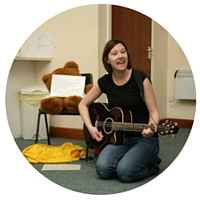